Each year I seem to get more leery of celebrating my birthday. I’m happy to see the sun circle the earth another 365 days, but being a January birthday girl has some flaws when it comes to celebrating. My wife asked how I wanted to celebrate this year and I thought it’s be great to have my friends come into town to do a little Tour de Durham. Instead of a visit from friends, a HUGE snow storm made a stop. We postponed the fun for a weekend in February, which also coincided with an already planned baby shower for our friend Holly. I found solace in the fact that I could potentially be playing “smell the diaper”, while also celebrating a year closer to diapers. It’s a stretch, but you get the point.

I decided why not try a restaurant that had been on my list for a few months. I did the usual Yelp research to see what folks were saying and how good the food looked. We’ve all been victim to food that looks good, but tastes crappy. I was prepared to be that kind of victim because the presentation of each dish made me drool.  The reservation to Mesa Latin Kitchen was made.

We decided early on to share and order in rounds. This was perfect for a group setting. Here’s what we had:

The Cuban Guacamole was a great starter. The pineapple and pickled onions really made this dish, along with the root veggie chips. Nice spin on a classic guacamole. 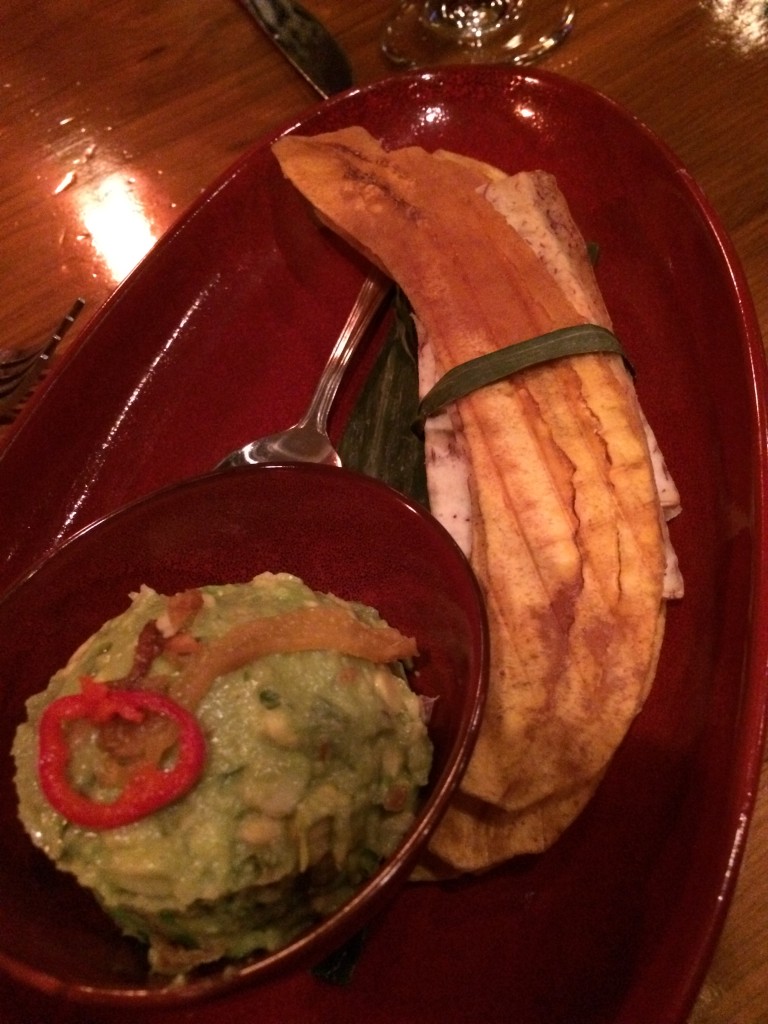 I could have had a dozen of these Cuban sandwich sticks. Truly a great twist on a traditional Cuban dish. The filo dough serves as a nice airy, light crunch, which I found to be more delightful than the bread of a normal Cuban sandwich. 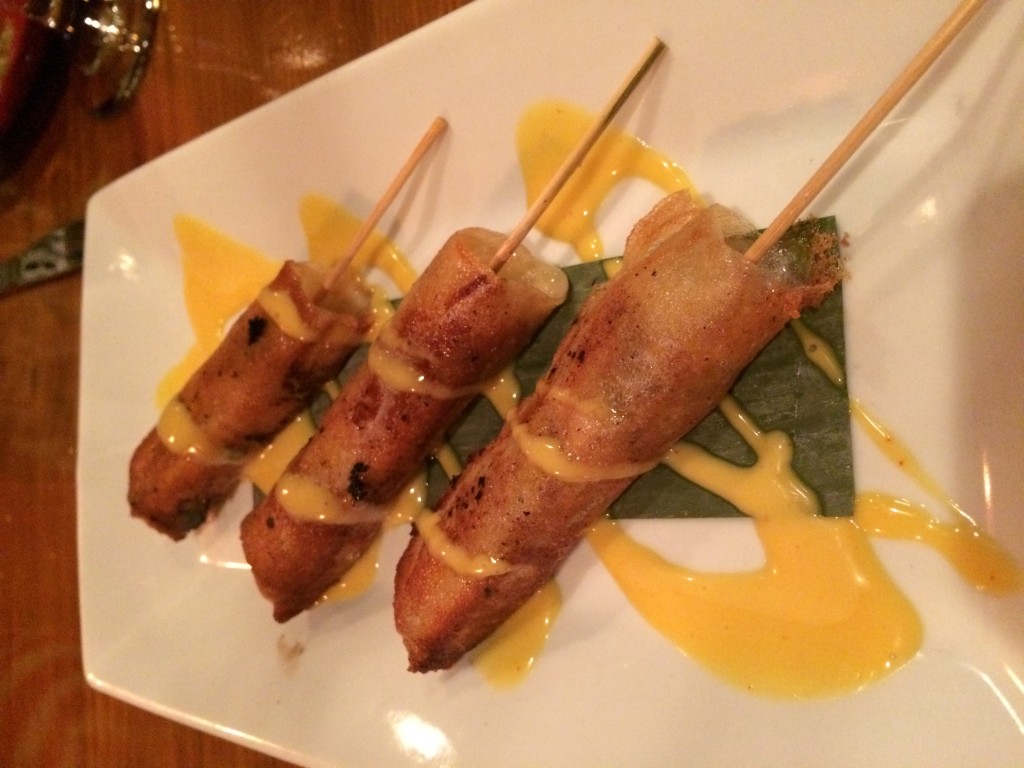 If you like coconut then this dish is for you. Coconut rice made with coconut cream and crab served in a coconut shell. Packed full of coconut flavor! 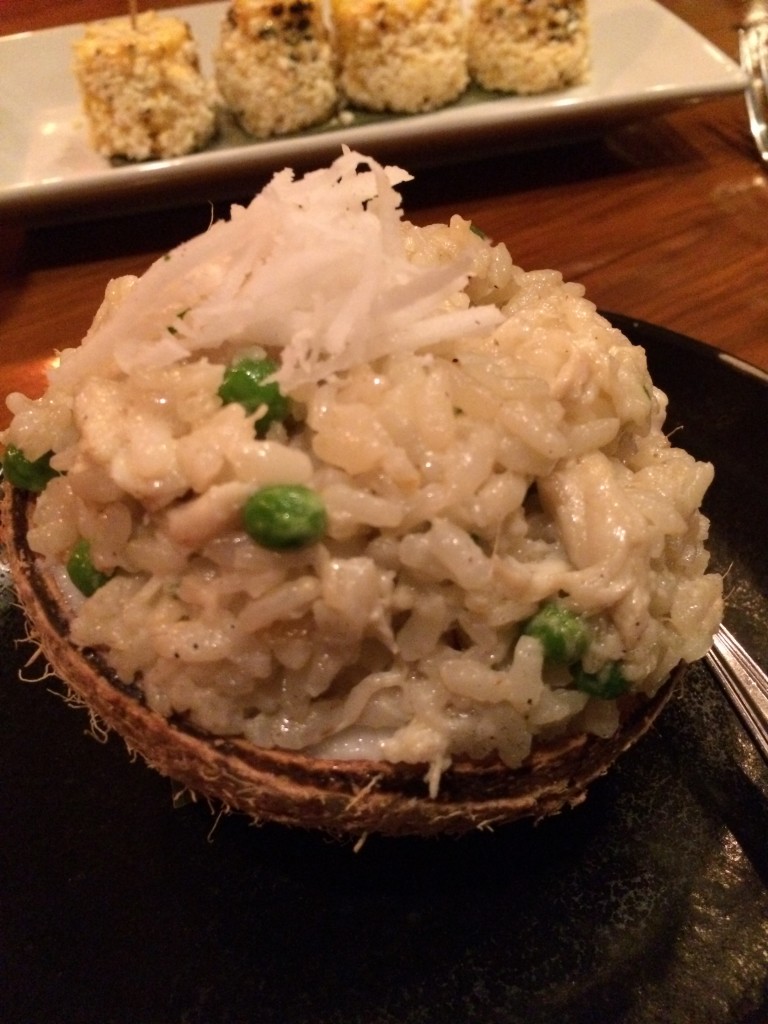 Sometimes simple is best and that’s exactly what this dish is all about. Grilled corn with cheese and a little chipotle sauce. We couldn’t get enough of this one and ordered a couple. It was so good that we didn’t mind having corn stuck in our teeth. 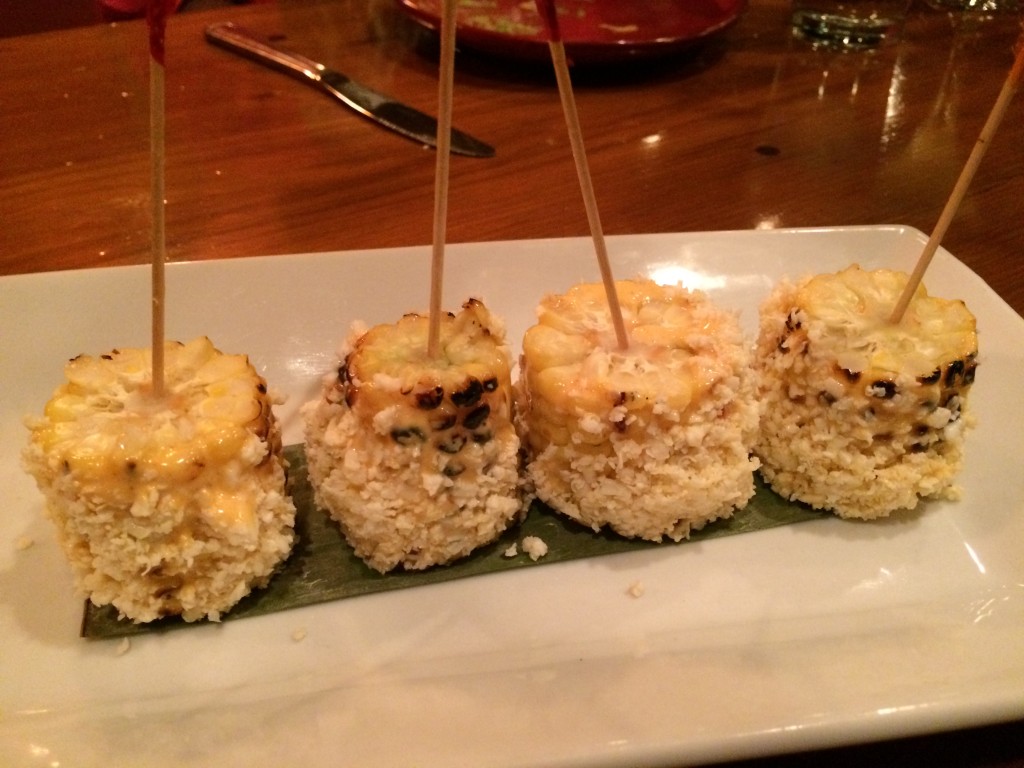 Okay, now we get to the scallop dish. The scallops themselves were perfect, but the puree was an acquired taste. It consisted of carrots that had been pan roasted with coffee long enough to give them a hint of coffee flavor. Then pureed with what had to be anise because of the liquorice flavor. It was a little overpowering, but overall the dish was average. 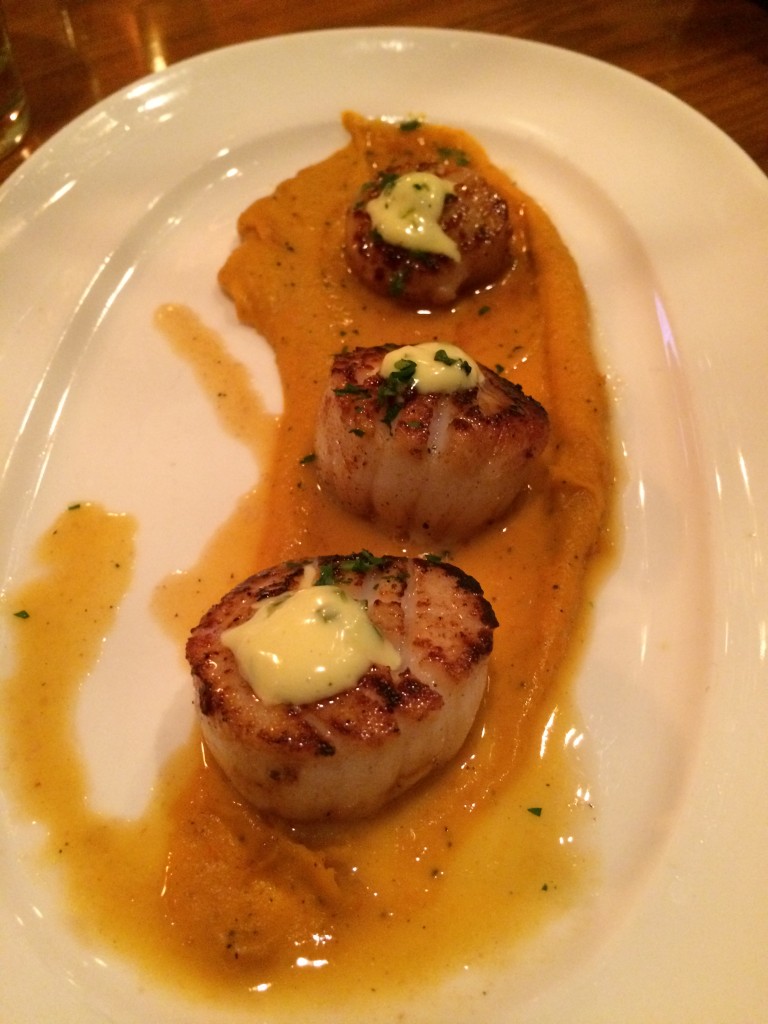 The next dish won over the entire table with it’s flavor. Another simple dish, but everything came together perfectly in this curried vegetable quinoa. 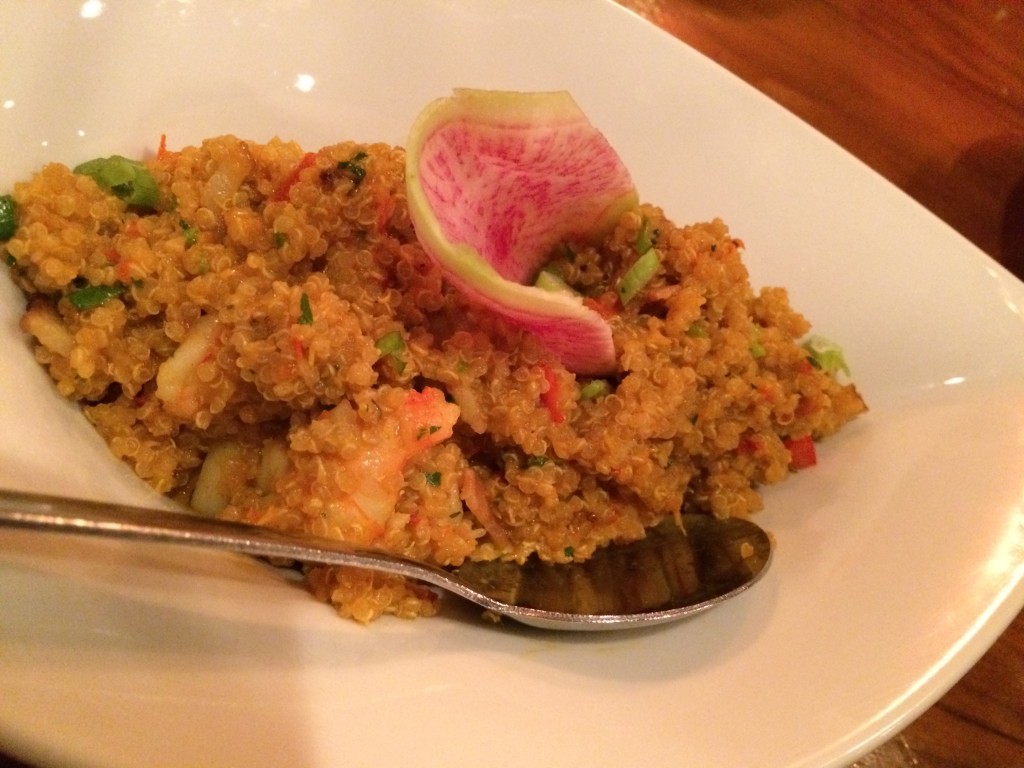 This was the only dish I only slightly tasted and I was not impressed. It’s the Cuban spin on shrimp and grits, but something about the grits weren’t right. I couldn’t put my finger on it, it looked great, but was not meant for my taste buds. 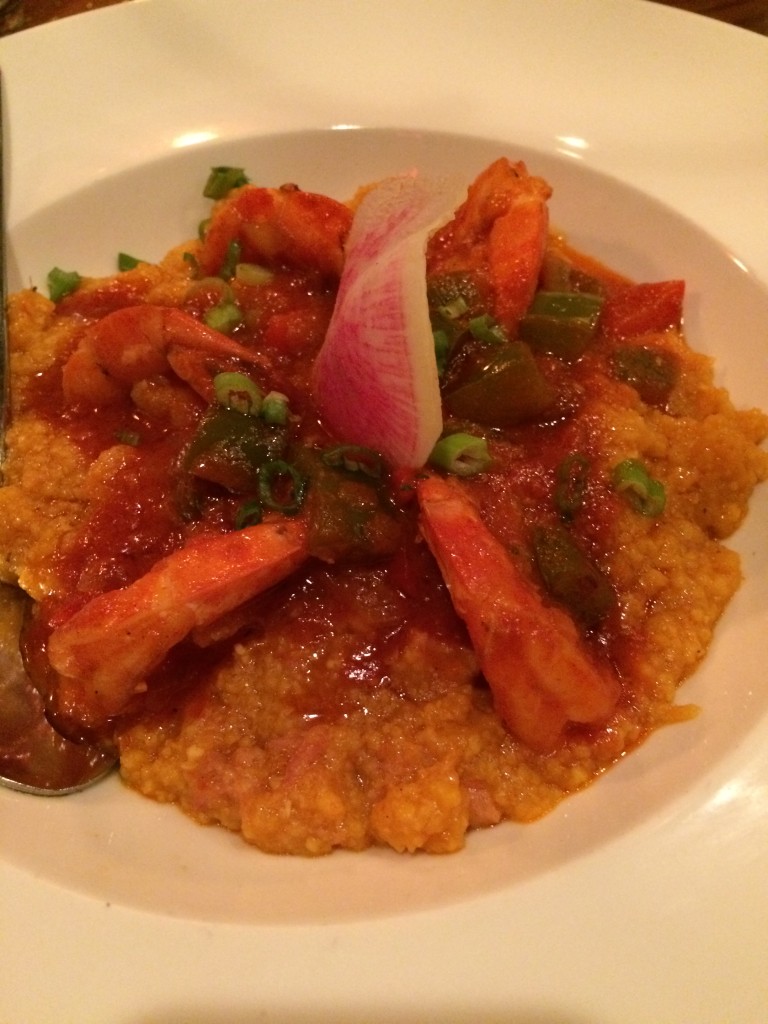 I’m a sucker for gnocchi, so when I saw this on the menu we had to try it. They were like little pillows full of joy basking in a manchego cheese sauce. It was divine! 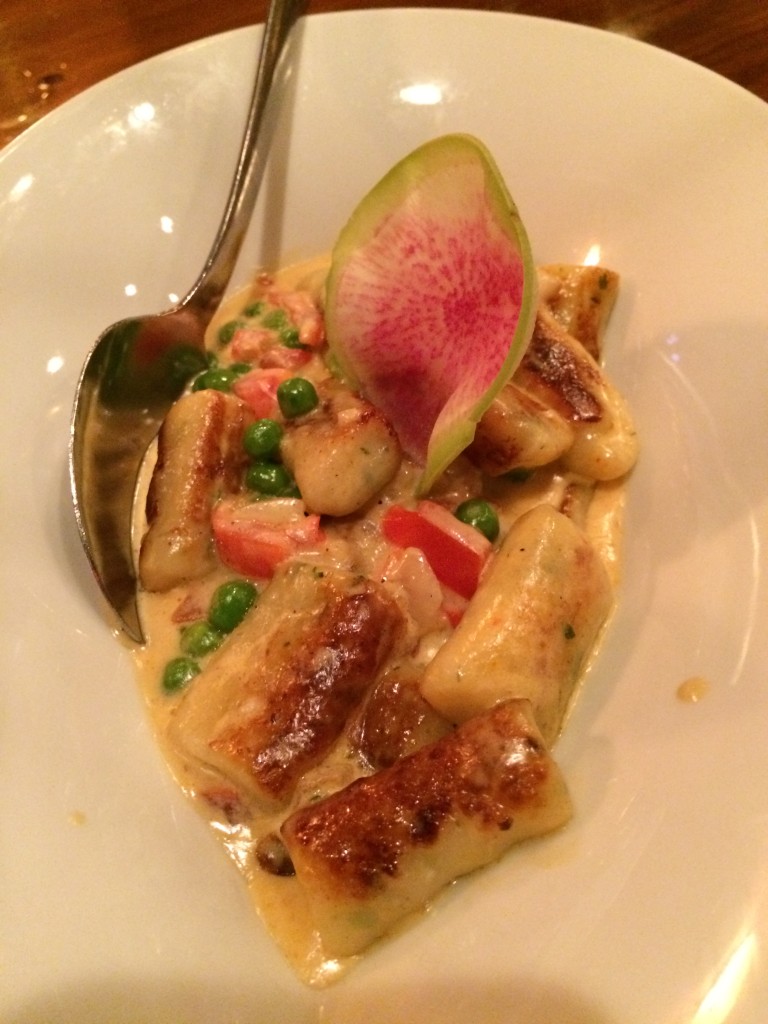 Dessert time! Being the birthday girl I got my choice of dessert and selected the coconut rice pudding dish. It’s a huge portion and thankfully I had helpers. If you are not into really sweet desserts this is for you. Perfect dessert for a warm day too. 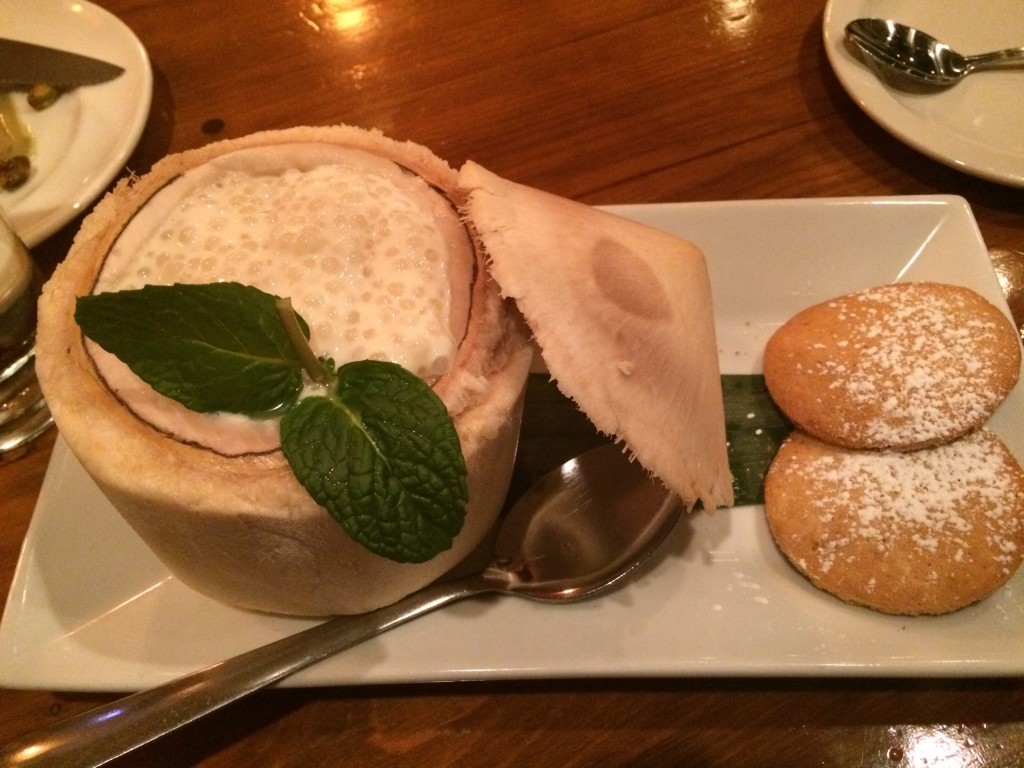 Really great experience at Mesa Latin Kitchen. Looking forwarding to going back to try out their brunch menu. If you’re ever in Durham looking for some authentic and delicious Latin/Cuban food definitely check this place out. 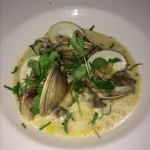