There are often too many moments where I suggest that I can’t make this $%!& up! Today I had one of those moments. It’s our last day in Vancouver and I wanted to get something good for lunch. Denise was at her work event and I’d been working all morning from the hotel. My lunchtime stroll yesterday went so well that I’d give it another go today. Let me preface this by saying how much I LOVE Korean food. So when i found a Korean burger joint it was screaming my name.

After doing some recon work to figure out where this place was in correlation to the hotel, I saw that it was on the other side of Chinatown. We’d previously ventured that way to another destination and the taxi driver shared some insight into all of the construction going on in that area, in addition to it being a hub for the homeless, etc. Today, I decided it would be best to grab a taxi and head for Kobob Burger. Before exiting the cab I asked the driver if I’d have any issues getting a taxi back to the hotel, and he advised it wouldn’t be a problem. Right!!

The restaurant was very cute and I tried to pay attention to their system of making these Korean burgers. I ordered the spicy pork bulgogi and added kimchi. I was happy to see that they made their own kimchi in house. The bun of the burger was made of sticky rice. Inside was spicy pork bulgogi, corn and other veggies, kimchi, and some sort of yum-yum sauce. 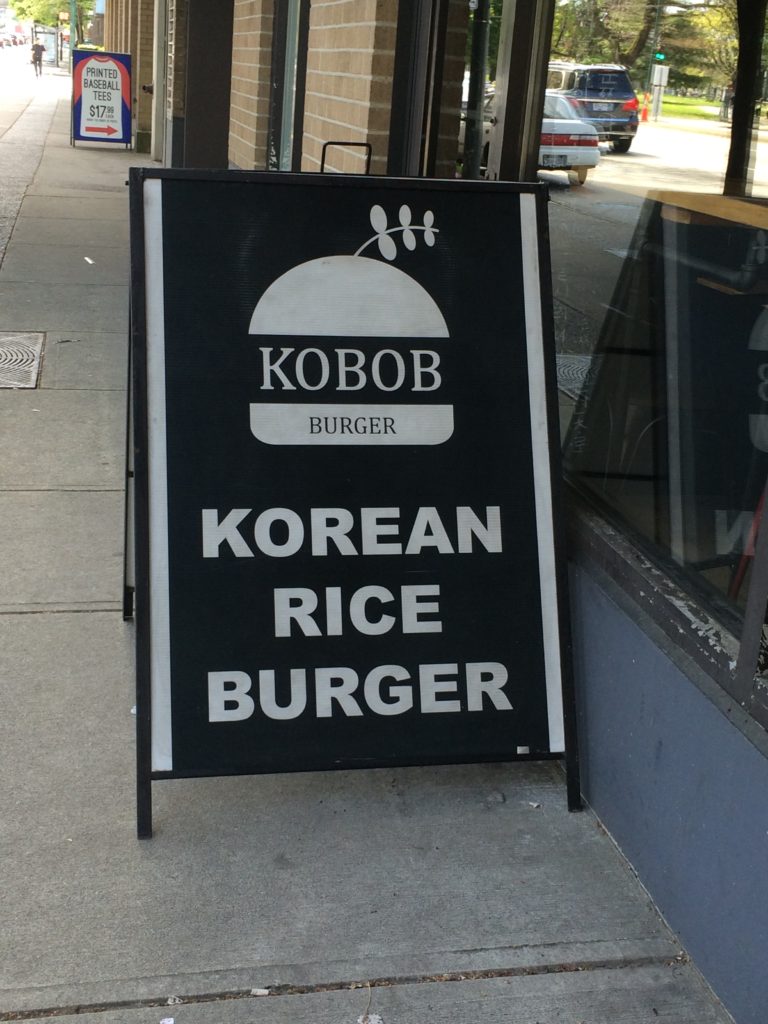 There was very little space to eat there, so I got the burger to-go and headed out to catch a taxi back to the hotel so I could tear into this thing. Well, there were no taxis around, not a single one. I crossed the street as it looked like the traffic flow was heavier, but still no taxis. So I walked down a few blocks and I had landed myself in the middle of Chinatown. I’d rather not discuss the things I saw, but I was really uncomfortable to the point where I wanted out. I tried wiggling my nose like I was Jeannie, but it didn’t work. I thought about clicking my heels a few times like Dorothy, but I had on black boots and I wasn’t sure where I’d go. So, I put my head down and started trucking as fast as my legs would go. Finally, 2 miles later I was safely back in our hotel room stuffing my face with the best damn Korean burger and telling myself it was all worth it.

The burger itself was amazing! However, it made me think about what makes a burger a burger. It is the bun or what’s between the bun. Either way I liked what I was tasting, the spice from the kimchi and the bulgogi had my mouth feeling a punch. It was a good messy burger that fell apart at the end. All good burgers leave you with a pile of napkins in the end and this one was no different. 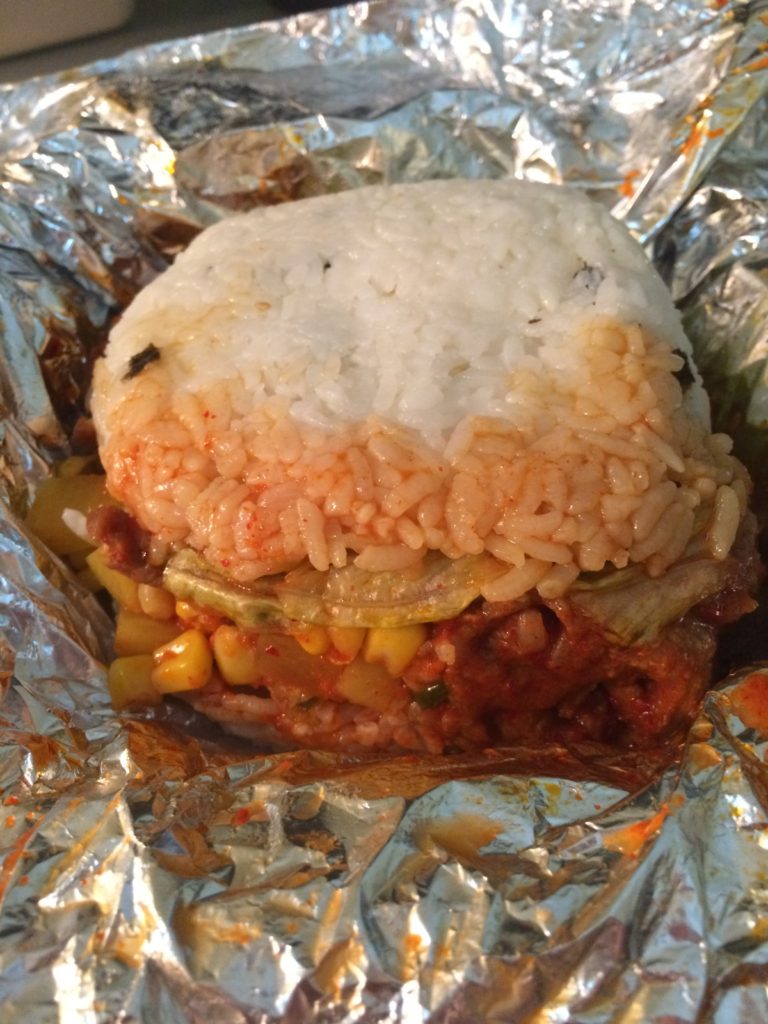 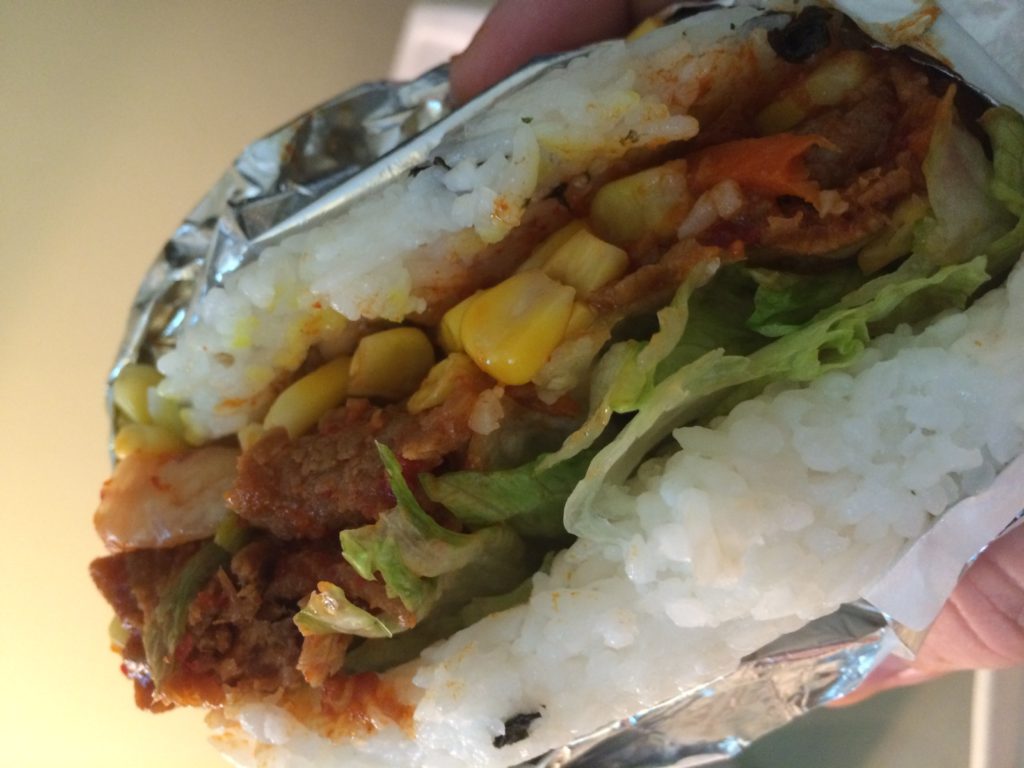 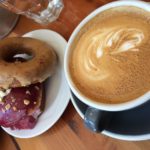 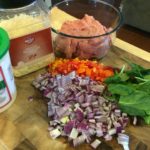